What materials do you engrave with a laser?

What materials do you keep in stock?

We constantly support the storage of plywood of the highest grade from 4 to 21mm, MDF from 3 to 19 mm. Also, there are various plastics in the warehouse. If the material is not in stock, we will order it for you, we bring materials every day.

Of course, we accept any materials of the proper quality in the work.

How quickly do you fulfill orders?

Usually orders for laser cutting, engraving and milling are performed within 2-3 days, but possibly faster, in agreement with our manager.

Is it possible to fulfill an order for today?

Unfortunately, this is not always possible, but sometimes it can work out. Please check with our manager.

What is the laser field size on your laser machines?

How do you place an order?

If the cost of the order does not exceed 1000 UAH, you just need to indicate in the reply letter about the agreement with the placing of the order with us, after that the order will be put into operation. If the cost exceeds UAH 1000 - we will ask you to make a prepayment.

Can I pay for services by bank transfer?

Yes - we accept payment by bank transfer with VAT.

How to prepare a layout?
1. Cutting files must contain only vector objects designed for cutting, prepared in the program CorelDRAW, AutoCAD or Adobe Illustrator;2. It is not allowed to use raster objects (raster objects are allowed only for engraving);3.Objects must have a scale of 1: 1, the size of objects in the file is specified in millimeters;4.All the elements intended for cutting must be converted into curves, with the thickness of the line "Hair Line" ("Hairline");5. The vector image in the file for cutting should not contain open points in closed contours, fills, overlapping contours, double lines and intersections;6.All elements of the layout should be constructed according to the minimum possible number of points;7. It is not allowed to use blocking of objects, layers;8. The image for cutting and engraving on the sheet material should be provided in the front view (not mirrored);9. It is possible to use text explanations for order fulfillment in files.If you do not have the opportunity to prepare a layout, it can be developed by our designer. The cost of developing a layout is determined individually, depending on the complexity.
Application for miscalculation

A wide fleet of laser and milling equipment

Now you can solve all your production needs in one place.

Always available are all the popular thicknesses of plywood, MDF and a wide selection of plastics. If something is not present today, it will be tomorrow

We will execute a large circulation in the shortest possible time

Thanks to a large park of equipment and around the clock.

We can order not only cutting but also finished products.

Cash and non-cash (including VAT) form of payment.

With the development of the design and with the preparation of the layout.

A total of 300 UAH (excluding material).

Calculation of the order within 40 minutes.

Delivery all over Ukraine

We send the carriers across Ukraine. 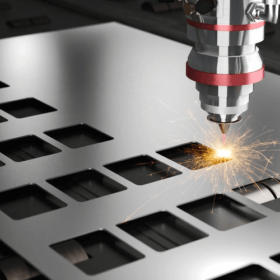 Properties of aluminum and its alloys

Aluminum is the most abundant metal on Earth. Although it is not found in its pure form, about 300 aluminum compounds and minerals are known. This lightweight [...] 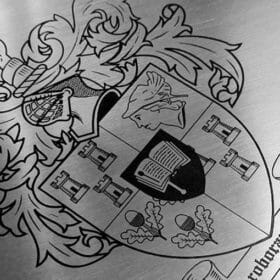 Manufacturing of metal products. When laser cutting is essential

Laser cutting of metal is one of the leaders in the field of metalworking. And there is no need to convince anyone of this, the excellent results [...]

Since its invention, laser technology has looked like a very promising way to cut various materials. Laser cutting in a production environment is a fast and accurate [...] 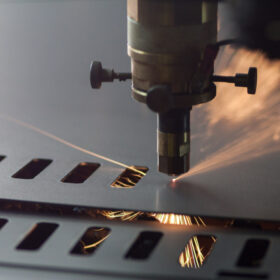 Laser cutting in the manufacture of gates

Metal gates are used for various purposes: they can restrict access to the premises (workshop, garage, car wash, workshop) or be part of a fencing system. Garage [...] 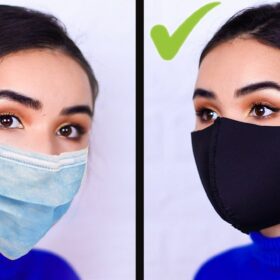 In a difficult epidemiological situation caused by a coronavirus pandemic, it is necessary to wear medical masks not only in hospitals, but also in public places. In [...] 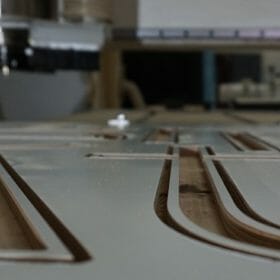 Milling plywood and wood is a relatively inexpensive method of processing, as it is possible to perform many diverse operations with one CNC machine. Modern equipment provides [...] 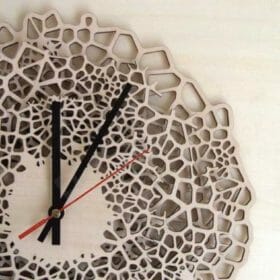 Laser cutting of wood and plywood

Laser cutting of plywood and wood – precisely and quickly

Laser engraving of a keyboard in Kiev is a service especially relevant for users of foreign-made devices that do not have a Ukrainian / Russian layout. Sometimes gadgets that are bought abroad have keys with only Latin letters without Cyrillic. Russification by engraving the keyboard with a laser is suitable for different models of laptops, macbooks, netbooks…

Engraving on the keyboard will give a second life to the device even if, due to active use, the pasted or drawn characters have been erased. The process of putting information on the keyboard is fast, so parting with the device will be short-term.

Drawing symbols on the keyboard with a laser engraver

Engraving is carried out on CNC equipment, which is characterized by high positioning and execution accuracy. Engraving on a laptop, macbook does not require disassembling the device and disconnecting the keyboard. The laser works locally and carefully. It removes the top layer of plastic without overheating the surface of the buttons. During processing, the material melts and evaporates without generating waste. Since the range of the beam is negligible, the main surface of the buttons remains unchanged. Thanks to the small diameter of the laser beam and the precision of the instrument, the engraved characters are clear and accurate.

Keyboards can be backlit from the inside, like most macbooks. The backlit keyboard is laser engraved in such a way that only the top layer of material is removed, leaving a transparent base underneath. As a result, new letters and numbers are evenly highlighted, just like the factory symbols.

When engraving keyboards without backlighting, the color of the resulting images is difficult to predict, because different types of plastic react differently to the thermal effect of the beam. At the request of the client, a trial engraving is carried out on one key. If the predicted result is satisfactory, the order is taken to work. If not, use stickers on the keys.

Thanks to the precision of the laser engraver, you can apply an image with a beam even on small buttons of a netbook, communicator, or mobile phone.

The customer can choose a font at his own discretion. You can apply letters to the keyboard not only from the standard set of fonts, but also your own writing. To prepare the layout, you need to provide a sketch of all letters and signs depicted in the author’s manner. It should be understood that the prices of engraving on the keyboard in the standard and original versions will differ.

The company “PorezkiNet” offers a prompt solution to issues related to the application of information on the keyboards of any gadgets, personal computers, docking stations … Our experts will help you to mark keys with symbols of any language. You can choose the layout of Ukrainian, Russian and other languages. In addition to letters and numbers, it is possible to apply standard symbols or designations you have invented on the keyboard.

We accept backlit keyboards (MacBook, Lenovo, ASUS gaming models, DELL …) and non-backlit keyboards from different manufacturers, as well as wired and wireless PC keyboards. Additionally, you can engrave a picture or an inscription (for example, congratulations with wishes) on the body or mouse, turning the device into a gift option.

Order us a laser engraving on the keyboard, and we will promptly complete the work. Delivery of the order is possible both on the next day and on the day of the order. After engraving, you will receive an updated keyboard with indelible letters that you can use for a long time.